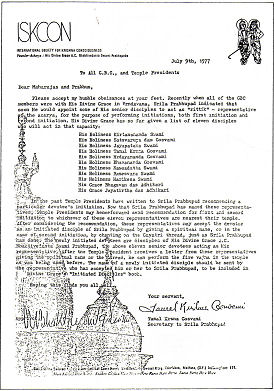 which have been suppressed for over 40 years


"To recognize the Founder-Acarya of the International Society for Krishna Consciousness, His Divine Grace A. C. Bhaktivedanta Swami Prabhupada, as the supreme authority in all matters of the Corporation, or Society:  His Personal representatives, the Governing Body Commission, as his authorized agents or executors, appointed by him according to the document Direction of Management, dated July 28, 1970."  (Incorporation ISKCON of the Bay Area Page 4) 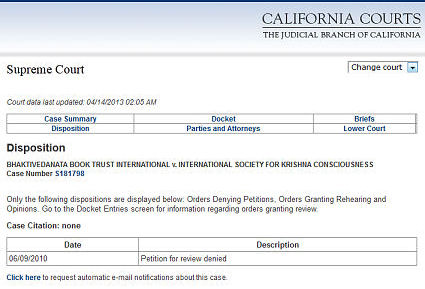 Document of Inheritance for HDG Disciples

The Movement is More Than The Institution

Collection of PDF Documents on the Ritvik Guru Issue