March 2, 1987 - Bhakti Caru, an ISKCON appointed "guru", assembled the following quotes by Srila Prabhupada in a paper stating that ISKCON management and the role of the GBC must be in line with the desires of Srila Prabhupada.

"DIRECTION OF MANAGEMENT" referenced on page 18.

While in Europe recently I was very much affected by two sets of compilations of Srila  Prabhupada’s letters by two senior members of the movement, His Holiness Suhotra Swami anti His Grace Ajamil Prabhu. From these letters I received a basic understanding of Srila Prahhupada's instructions on many issues that are confusing our society today. My immediate reaction was to synthesize these compilations and produce this booklet which will hopefully help others dispel their doubts about what direction our society should take.

Srila Prabhupada predicted that his books will become the law-books of this world for ten thousand years. From these excerpts from Srila Prabhupada’s letters we can see how important his instructions are at least for establishing a definitive standard for ISKCON.

There is no need to concoct new ideas and theories all we need is to know what Srila Prabhupada wanted and follow the instructions as they are.

Srila Prabhupada's instructions are crystal clear, and they do not need any so called improvement or interpretation. By acting according to Srila Prabhupada’s instructions only will we be able to sincerely co-operate with each other for the benefit of all. Let us all get united in reality at the lotus feet of Srila Prabhupada to enjov the bliss of serving him for ever.

Desiring nothing but the integrity of ISKCON,
Bbakti Charu Swami
March 2, 1987 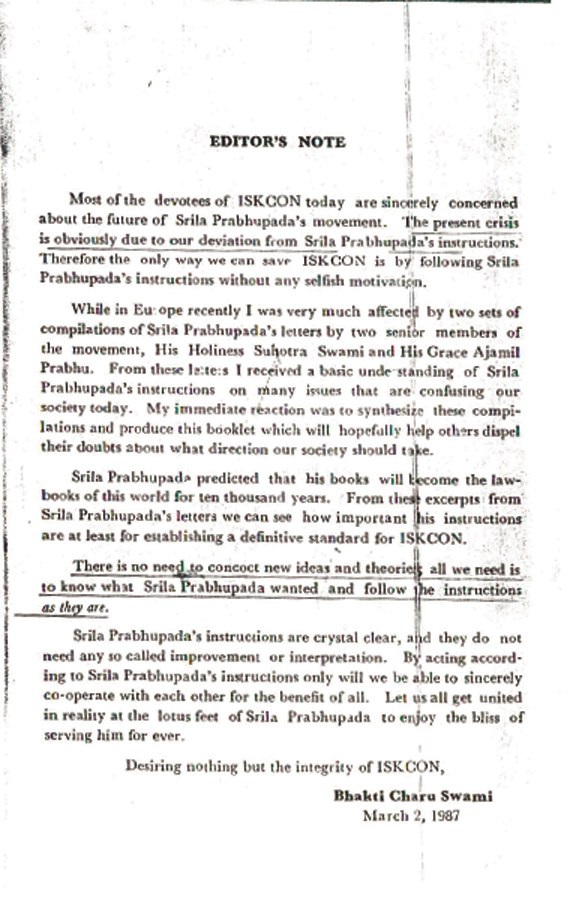 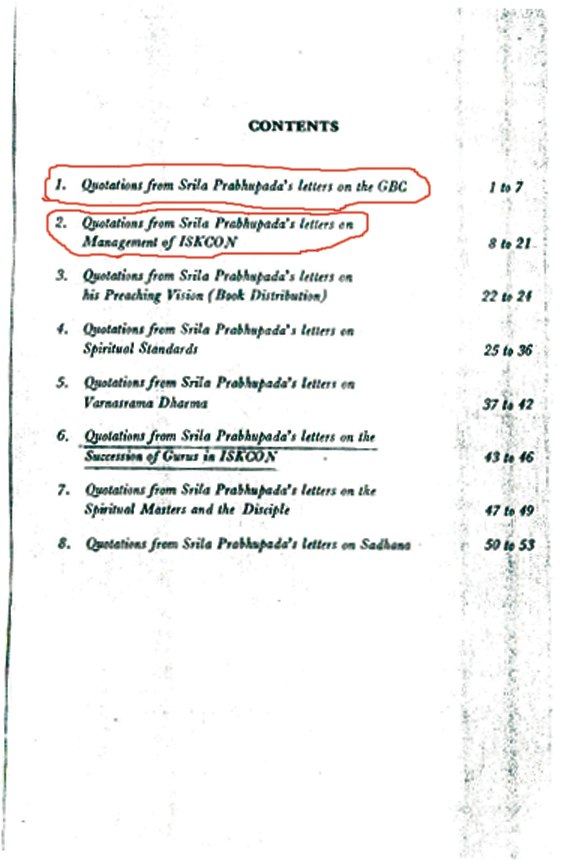 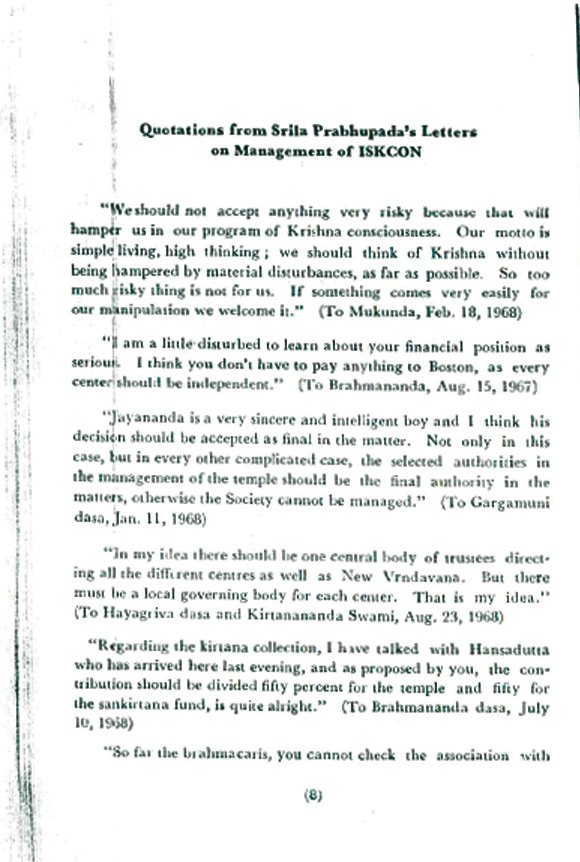 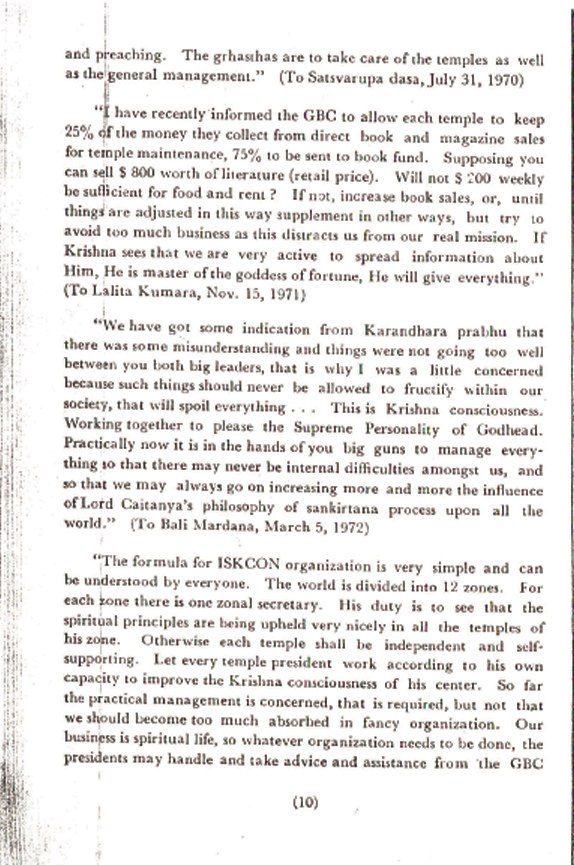 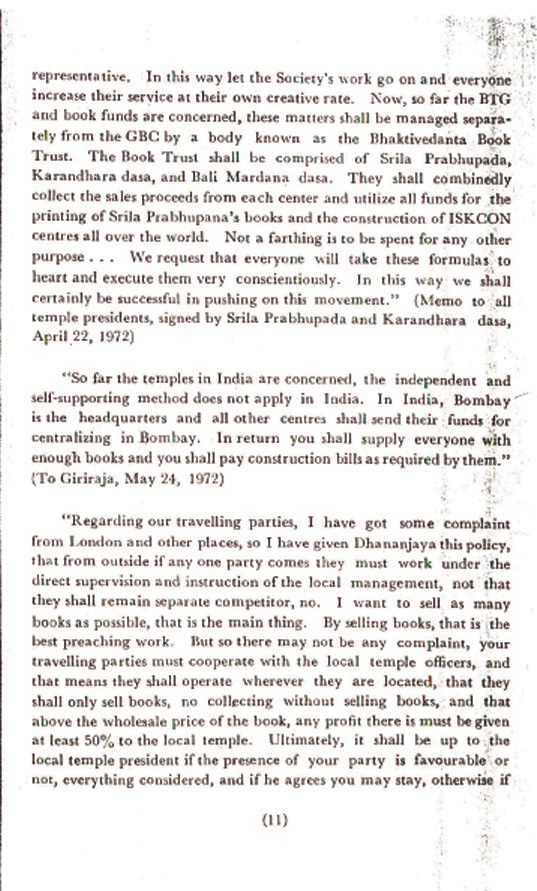 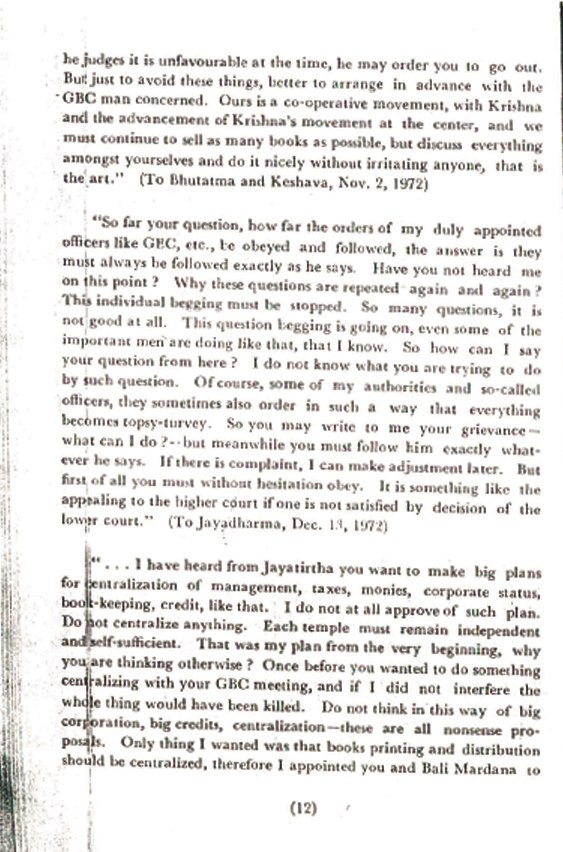 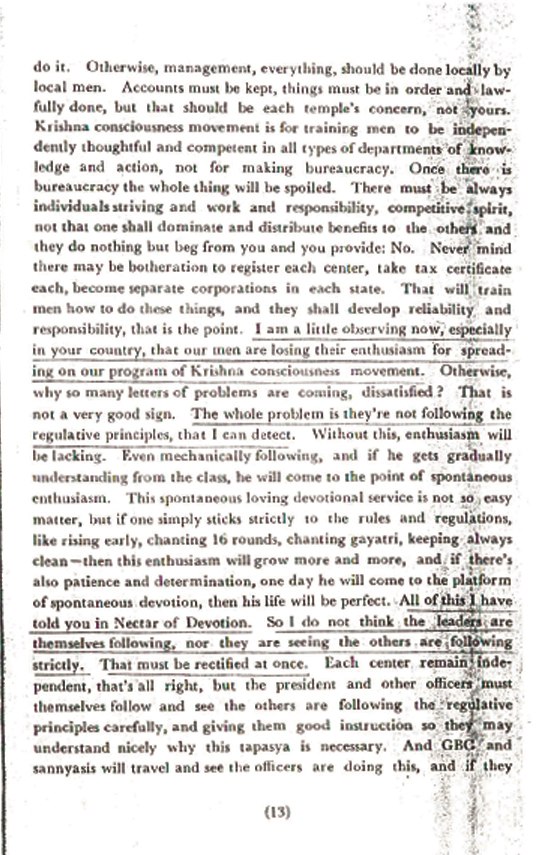 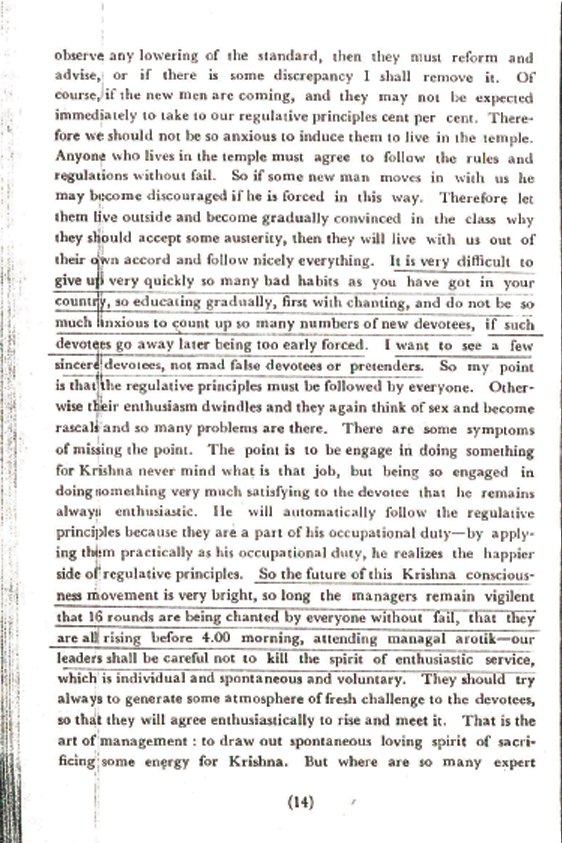 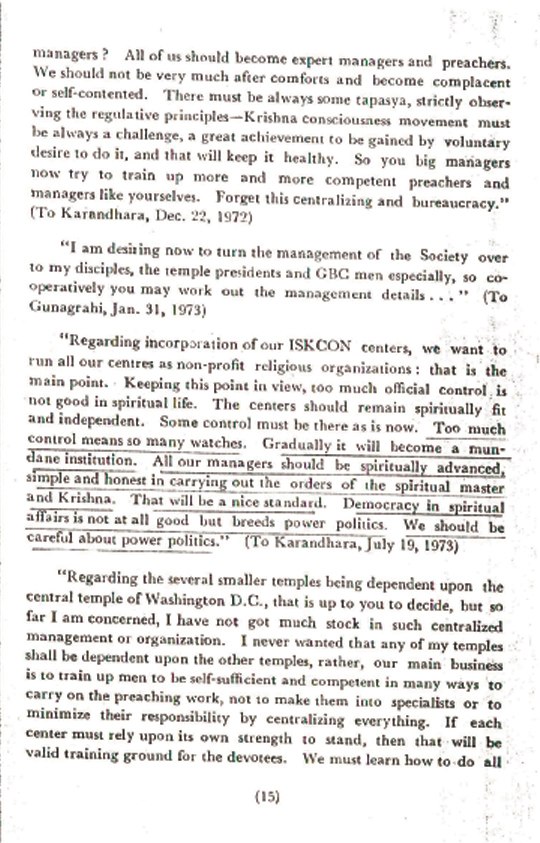 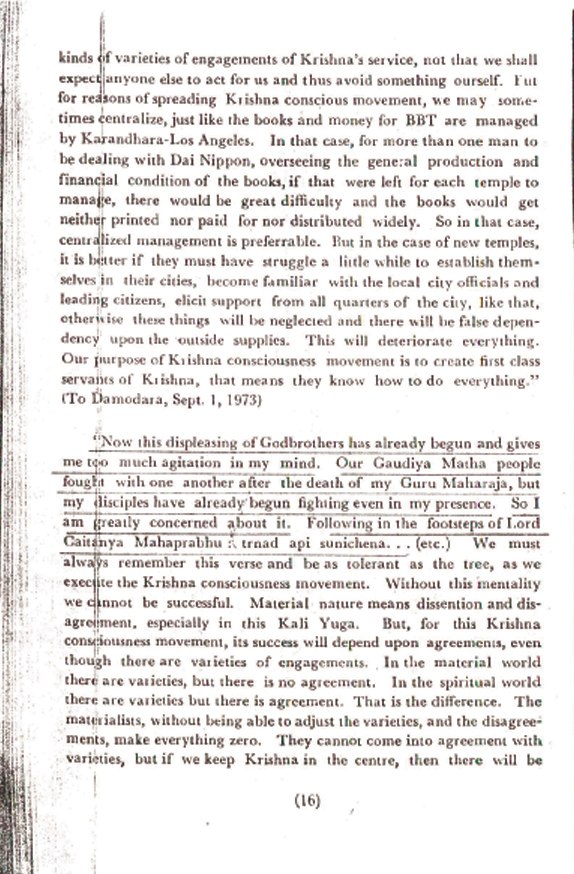 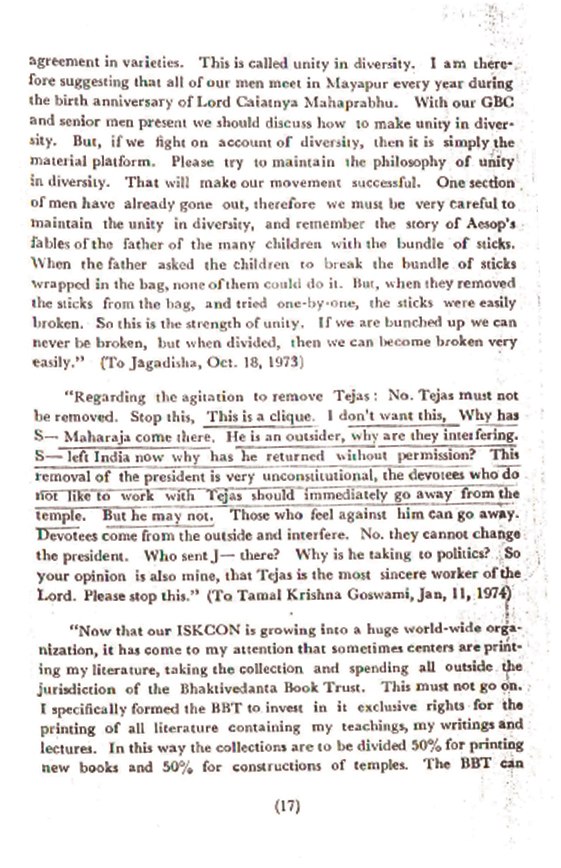 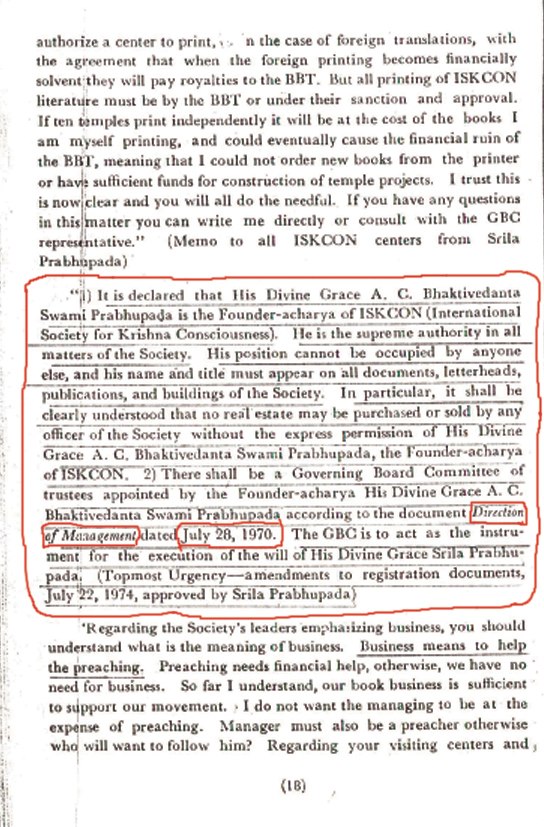 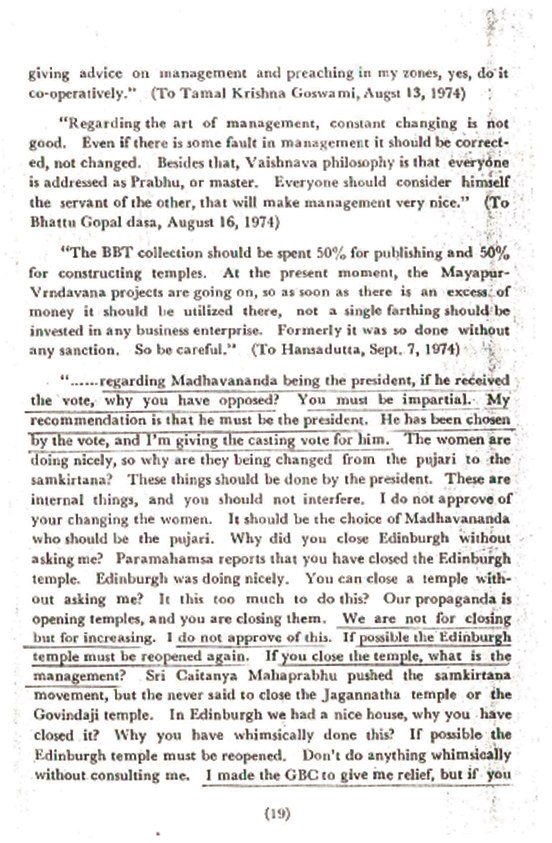 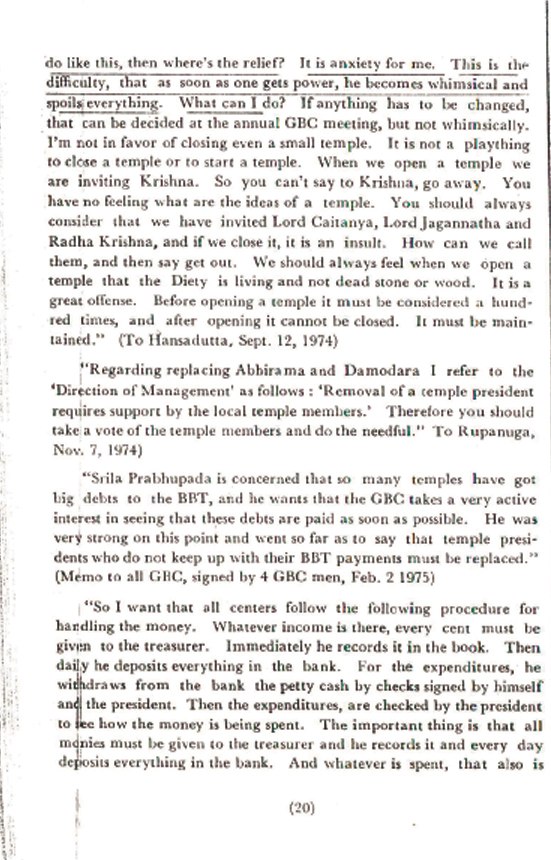 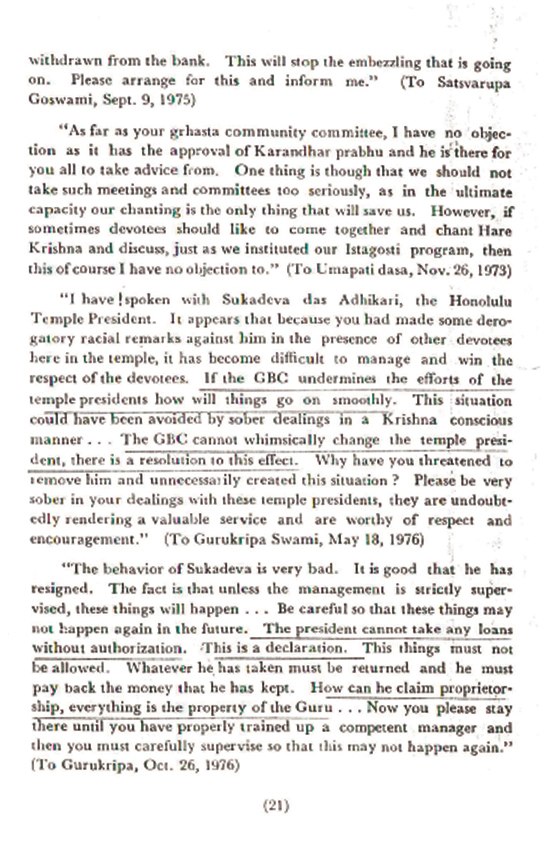