Apr 23, LONG ISLAND, NEW YORK (SUN) — Last week the devotees at the ISKCON Long Island temple, after being harassed by the "GBC" for the last three years, finally decided to take the bull by its horn. As most of you probably know, some members of the "GBC" have been aggressively trying to remove us - unsuccessfully - from the Temple for the last three years. Confidential sources have repeatedly confirmed that this is due to the fact that Srila Prabhupada made ISKCON, Inc., his original society that owns this temple, the beneficiary of the BBT. ISKCON, Inc.'s unique position has made it possible for this temple's officers to legally question and then rectify the shady dealings and unethical practices of the nexus of BBT Trustees, BBTI Directors and the "GBC" with reference to the BBT and Srila Prabhupada's books.

The first attempt was made on March 20, 2004, when 50 of their followers had descended in mob-like fashion to physically disrupt a temple meeting and to physically throw us out. That group was led by Malati (Melaine Nagel), Candrasekhar Swami, Dayananda das, Jajya Purusa dasa and his brahmacaris, Lilananda das, Sunanda das, Sona Ramanrine, etc., and Romapada Swami from behind the scenes. Subsequently the other "GBC members" had joined in the attacks over the years, all unsuccessful.

We have been tolerating their totally unnecessary actions of the last three years, immensely disturbing our daily sankirtan activities in New York - daily harinam and book distribution with 6 devotees in early 2004 has been reduced to a couple of devotees going out only a few days in the week currently. So the devotees have finally decided to call their bluff once and for all and tackle them.

The opportunity was presented by the "GBC" themselves when they brought a new lawsuit against the temple devotees two months ago (Kelley vs. Doaman in the Supreme Court of New York, Nassau County, Index # 07/002104). They had characteristically brought this new lawsuit after again failing to try to physically take over the temple (this time around with a mob of 25 odd in late December 2006). Facing a trespass notice and arrest threat by the police if they try again, the lawsuit was their last resort. With their reply this week, the temple devotees have Counterclaimed, making this a landmark lawsuit with the "GBC" that will be relevant for all temples around the world. 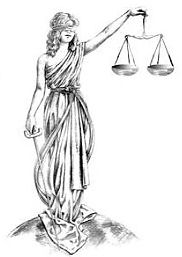 This is going to be a huge lawsuit, as the authenticity and power of the ISKCON GBC Society registered in West Bengal has been legally questioned by the temple devotees. As you may all not be aware, this West Bengal Society has been claiming to be the Governing Body Commission of ISKCON for more than a decade now. The GBC of ISKCON that is known now is not the original one as envisaged, formed and overseen by Srila Prabhupada. Since its registration in the early 1990's, this society has been passing off as the GBC of ISKCON.

As we all know, Srila Prabhupada formed the GBC of ISKCON in 1970 by the Direction of Management document. Legally, the GBC was formed as an unincorporated association by Srila Prabhupada. The members were to have three year tenures, with re-election from among the Temple Presidents. Srila Prabhupada was nominating the GBC members until 1977. The first election should have been scheduled in 1978. Instead, the Zonal Acarya Board was formed and the rest is history. Hence, since then, the actual GBC has been defunct.

In 1993, the ISKCON GBC Society was formed in West Bengal, India, by some ex-members of the GBC of ISKCON. Surprisingly they claimed to be the GBC of ISKCON, and from then until now, practically no one has questioned their authority to do so. This Society is not governed by the rules made by Srila Prabhupada for his GBC, nor are they accountable to the Temple Presidents of ISKCON by re-election as designed by Srila Prabhupada, causing all pervasive exploitation of the general devotees and resources of ISKCON. This society has been cleverly registered with a similar name as the "GBC of ISKCON" to give it some deceptive authenticity.

As you all probably have seen on the Internet recently, this ISKCON GBC Society has sent out a proposed Bylaws to be adopted by all the Temple Boards in North America so that this West Bengal registered Society will be the overarching authority over all the temples, with no elections and no accounting by a third party, i.e., Temple Presidents, as designed by Srila Prabhupada. Instead the Bylaws are designed to take all the control from the Presidents and give it to this West Bengal Society's self-appointed/self-elected members.

This Counterclaim questions their authenticity. If the relief is granted by the judge, as all the legal experts are saying it will most probably be, then this West Bengal Society will be barred from representing themselves as the "GBC of ISKCON" around the world and collecting donations in the name of ISKCON. They will be held accountable for causing the bad name of ISKCON and will need to pay up to at least $1 Billion in damages to ISKCON.

Note: This lawsuit was not initiated by the temple devotees. This second lawsuit was again initiated by the nexus of Romapada Swami, Bir Krishna Goswami, Hrdayananda Goswami, Ravindra Swarupa das, Badrinarayana das, Gopal Bhatta das, Jayadavita Swami, etc. The temple devotees have Counterclaimed on it. This Counterclaim is not against ISKCON temples, or the general devotees of ISKCON. It is specifically targeted towards the personalities claiming to be leaders/GBC's in the name of ISKCON, without following Srila Prabhupada's instructions of management of ISKCON thereby causing many decades of untold suffering to devotees, loss of billions of dollars to be used in Lord Caitanya's service, and insult to the name of Srila Prabhupada for making ISKCON and Hare Krishna a laughing stock. No money is being asked from the temples. The temples are not the object of the lawsuit. This lawsuit is directed specifically at the people currently claiming to be "GBC of ISKCON".

The time of accounting has arrived. We will keep you updated as the lawsuit progresses.
The actual Counterclaim can be viewed here (PDF format).